What is Kale?
Kale is a green leaf annual or biennial vegetable, similar to cabbage, but a variety that doesn’t form a ‘head’. It’s from the family Brassica oleracea, reaching heights of 6 or 7 feet, but is generally known for its high fibre content. It has a number of different varieties with either flat, curly, or bumpy leaves, or the ornamental variety that varies in colour but is not as palatable.

Kale was one of the most common green vegetables in Europe up until the Middle Ages when it fell out of favour. After recent introduction to America and Asia-Pacific, kale was grown for the beauty of its curly leaves, which added much needed decoration for salad bars all over the world. Its resurgence in popularity for ingestion and nutrition is relatively recent. 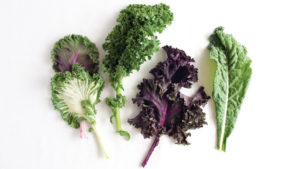 Why is Kale So Popular?
Eve Turrow of MindBodyGreen did a deep dive into the creation of the cult status of kale. Her fascinating kale article, a product of weeks of research, reveals that kale’s rise to stardom was actually a brilliant PR campaign of Oberon Sinclair, founder of My Young Auntie PR, masquerading as the American Kale Association (which isn’t real). That campaign produced a worldwide phenomenon that puts production pressure on farmers, downward pressure on prices, and plenty of kale on everyone’s plates, all of which is good for the consumer.

Hype Aside, is Kale Good For You?
Kale, like most vegetables is good for you. WHFoods.com lists a range of amazing health benefits, as does Helen Nichols of Well-BeingSecrets.com who lists 23 science-backed benefits including an aid for depression, diabetes, cancer, heart disease, obesity, as well as eye, heart, bone, skin and hair health – common with many other cruciferous vegetables. One reason that kale is promoted over its cruciferous compatriots, apart from the marketing, is that it has been far more heavily researched than say broccoli or cabbage.

What’s The Nutrient Value of Kale?
One hundred grams of raw kale yields 84% water, 9% carbohydrates, 4% protein, and 1% fat. According to Wikipedia it also contains a large amount of vitamin K: several times the Daily Value (DV). It is a rich source (20% or more of the DV) of vitamin A, vitamin C, vitamin B6, folate, and manganese (see table “Kale, raw”). Kale is a good source (10–19% DV) of thiamin, riboflavin, pantothenic acid, vitamin E and several dietary minerals, including iron, calcium, potassium, and phosphorus. Kale is also a good source of the carotenoids lutein and zeaxanthin, as well as glucosinolate compounds such as glucoraphanin, which contributes to the formation of sulforaphane, a compound under preliminary research for its potential to affect human health. Obviously cooking kale diminishes these benefits.

What Makes Kale Better Than Spinach or Broccoli?
Kale is one of the most nutrient-dense plants on the planet for its calorie count, according to Kris Gunnars, Bsc. It’s also high in antioxidants, which is why it’s often turned into a superfood-style powder. And whilst these powders can have their place as part of a busy modern lifestyle, they do contain less nutrients than the real thing due to nutrient loss during processing.

It is difficult to compare the nutritional content of kale, versus broccoli or spinach (from the chard family) due articles reporting different values for different weights with some reporting raw values and others cooked. Fortunately, NutritionalValue.org gives you the low down.

The site shows raw kale has more than twice the calories of spinach, but half the sodium; and 47% more protein and niacin. Spinach is 37% higher in folate than kale; 48% more lutein and zeaxanthin; and a whopping 68% more phosphorous. Broccoli seems to have less of every nutrient than the others, with the exception of selenium, which is crucial for thyroid function. Interestingly broccoli has almost three times the selenium content of kale and spinach.

After analysis I reached the same conclusion that the HuffingtonPost did – that kale and spinach are nutritionally very similar – and “kale is a better source for some essential vitamins and minerals … [while] spinach is a richer source of folate and an equally good source of iron and fibre.”

So Is Kale A Superfood?
The term ‘superfood’ is actually a marketing term created to promote products. There is no strict definition and the term is open to wide interpretation and misuse. For more information read my previous article “Superfoods: Fact or Fiction”.

It is important to remember that any vegetable in its raw form is packed with macro and micronutrients, vitamins and minerals, which means it’s exceptionally good for you, including kale. Rather than following the latest ‘Superfood’ trend and over indulging in what may turn out to be an ineffectual (or harmful) dose, a better option is to eat a diet wide in variety that’s rich in raw natural ingredients and low in processed foods. 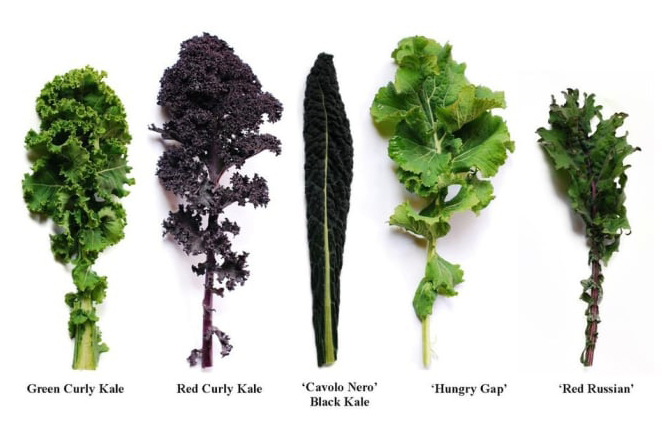 Why is Kale Bitter?
Some people find kale bitter and others don’t. This is because different classes of phytochemicals in varieties of kale (alkanoids, phenols, terpenoids, alkaloids, flavonoids, glucosinolates and isothiocyanates) can trigger a bitter taste.

Further the ‘bitter’ phenomenon of green leafy vegetables (including Brussels sprouts) may have a genetic link. Compound Interest’s Andy Brunning explains that some people are especially sensitive to naturally occurring chemical compounds called glucosinolates, which are broken down into isothiocyanates when cooked, and which taste bitter to around 70% of people.

How Do I Get The Bitter Taste Out of Kale?
If you’re worried you have the ‘bitter gene’ and can’t eat kale, think again. Stephanie Eckelkamp reports that salting, roasting and all can all help to block the bitter taste. Christine Gallery adds acid, braises or adds strong-flavoured ingredients to mask bitterness. But Chef Cary Neff, author of “Conscious Cuisine”, explains the best way to remove the bitter taste is by blanching the kale before use.

How Do I Blanche Kale?

How Much Kale Should I Eat Per Day?
Eat as much kale as you like without going overboard, especially when it’s raw. Raw kale is packed with fibre so you’ll fill up quickly and stay full for a long time. Having said that too much of any good thing is a bad thing. And there is such a thing as eating too much kale. Fast Company’s Jessica Leber reports kale fails can include low-level poisoning of the toxic heavy metal thallium even from organic kale, however this is very unusual and medically unproven.

Other than eating large amounts of leafy green vegetables leading to gas, bloating, and constipation, the main danger is for those on beta-blockers, blood thinners or who are prone to DVT and clotting. Kale contains a high amount of vitamin K, which aids blood clotting. If this is an issue then switch to other vegetables.

Kale also contains oxalates, which are substances sometimes linked to kidney stones and gallstones. It also affects those with lower kidney functioning. Those with kidney conditions should instead eat a low-oxalate diet.

What Are The Best Kale Recipes?
Recommendations are always the best, so look for recipe sites that include user ratings to determine whether a recipe is good or not. Here’s a smattering of recipes I found to tempt even the fussiest tastebuds.

JamieOliver.com claims to have eight killer kale recipes like Sesame-Roasted Kale, Super Noodle Ramen With Kale and Barbeque Mushrooms, and Kale And Ricotta Omelette perfect for any time of day.

Finally Meghan Telpener has put together 8 Kale Chip flavour recipes almost guaranteed to obscure even the most bitter tasting kale, with oven and dehydrator options, as well as a number of tips to ensure your chips get really crunchy.