You see people everywhere, sick people. Try to avoid them if you can but living in a modern society means exposure … it’s almost inevitable.

So what is a cold, how does it differ from the flu, and what can you do to avoid it? 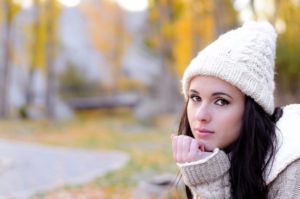 What is a cold?
The common cold, as detailed on Wikipedia, is a viral infection of the upper respiratory tract that tends to mostly affect the sinuses and sometimes also the throat … think runny or blocked nose, tight head, sore eyes and a cough or sore throat.

WebMD.com explains cold can be caused by an adenovirus or coronavirus, but the most common culprit is the rhinovirus, responsible for up to fifty percent of colds. To make it worse, according to Healthline.com there are up to 200 different forms of cold-causing viruses, so avoiding one can be difficult.

However there is an old wives’ tale we need to debunk right now. Contrary to popular opinion you can’t actually ‘catch a cold’ from anything other than coming into contact with the virus. So being out in the cold, or getting cold, won’t actually cause a cold … it’s just a myth.

How is a cold different to the flu?
The human flu is caused by a different virus, called the influenza virus. It’s a different virus from the cold-causing varieties in type, severity and duration, but it does share many of the same symptoms, which can make it hard to distinguish between the two.

The Centres for Disease Control and Prevention (CDC) says the easiest way to identify a flu is the severity of the following symptoms: “fever or feeling feverish/chills, cough, sore throat, runny or stuffy nose, muscle or body aches, headaches and fatigue (tiredness)”. If you have a cold the symptoms will be much milder, although still pretty unpleasant.

How do you catch a cold?
The cold and flu viruses are spread through airborne or surface contact. Usually the cold virus spreads through tiny, air droplets that are released when an infected person sneezes, coughs, or blows their nose near you. Dr Margaret Stearn explains when a sick person sneezes, up to 40,000 infected droplets can travel up to 30 feet and survive for up to 3 hours. Think about all of the surfaces those droplets can land on!

Why are colds more common in winter?
Whilst colds are not just a winter thing, they do tend to be more common in cold weather. This is not due to the cold, moist air, but rather, according to WebMD.com, due to the body’s immune system being less effective at colder temperatures.

Akiko Iwasaki, professor of immunobiology at Yale University School of Medicine adds “It has been long known that the rhinovirus replicates better at the cooler temperature, around 33 Celsius (91 Fahrenheit), compared to the core body temperature of 37 Celsius (99 Fahrenheit).” Not only can the body lower its temperature during cold weather, but your extremities like your nose and mouth, where viruses can enter, are often less warm.

Dr. Sorana Segal-Maurer, Infectious Disease Specialist, has a slightly different theory. She says “When the weather turns cold we all run indoors, where air is recycled and we’re often in close quarters with other people and viruses. We all sneeze on top of each other.”

Regardless of which theory is correct (and there’s probably some truth in both of them), there are a number of thigs you can do to prevent catching a virus.

How do I prevent catching a cold or the flu?
The FluVax can immunise you against Influenza type A (seasonal in animals and humans) and type B (seasonal in humans only) but there is no immunisation against type C which causes mild respiratory symptoms as WebMD.com explains. However the FluVax is a ‘best guess’ for what is likely to be caught in the following season, so it’s an aid and not a guarantee for flu prevention. That said, the vaccine can actually help to lessen the symptoms for many.

Dr Margaret Stearn and WebMD’s Suz Redfearn suggest the following as the best prevention for catching a cold:

How long will a cold (or flu) last?
Before you get the symptoms of a cold there is roughly a two or three day incubation period where the virus has started to spread and your immune system has just begun fighting the inner war.

Kristina Dud, R.N. explains the duration of cold symptoms often last only two or three days, although it can, depending on your health and the strength of your immune system, last up to three weeks. During this time you can spread the virus to others unless you take precautions.

According to Harvard Health Publications the flu, in comparison, has a slightly longer incubation period (one to four days) and the more severe symptoms tend to last seven to fourteen days.

If your symptoms last longer than this, WebMD.com explains you may have developed a bacterial infection in your lungs, sinuses or ears. If this happens or if your mucus turns bright yellow (or green) then best to see your local doctor who may prescribe medication.

How can I ease the symptoms of a cold?
It’s actually your immune system that causes you to feel unwell says Saga.co.uk. During the internal  battle, inflammatory mediators are released, including histamine, interleukins and prostaglandins, which cause the symptoms.

But it’s not all bad news. The Mayo Clinic identifies the best ways to alleviate many of the symptoms of a cold or flu:

In summary
Whilst prevention is better than the cure,  knowledge is your ally.
If you put all of the preventers into practice you’ll be unlikely to catch anything. And if the inevitable happens, then you’ll know exactly what to do so you can bounce back quicker!